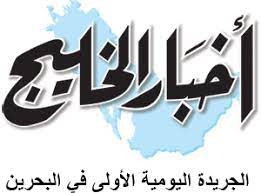 Established in 1976, Akhbar Al Khaleej is considered the oldest daily Arabic-speaking newspaper in the Kingdom of Bahrain, which was founded by brilliant businessmen. The newspaper is characterized by a wide distribution system that includes all regions of the Kingdom of Bahrain and the eastern coast of the Kingdom of Saudi Arabia, where 39,000 copies of excellent printing specifications are printed and distributed at a daily rate, read by more than 170,000 readers daily with monthly and annual subscriptions worth more than one million dollars annual

Contact us today to place advertising with Akhbar Al Khaleej.