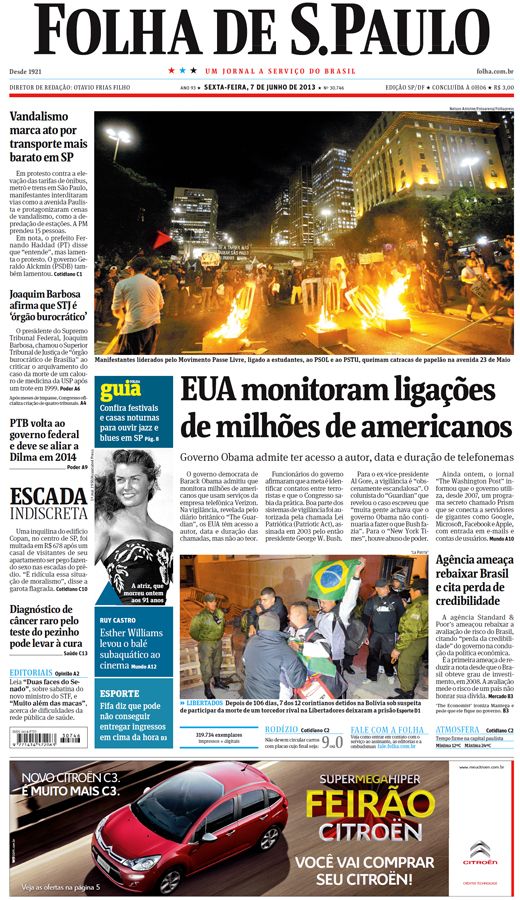 Folha de S. Paulo is the leading and most influential newspaper in Brazil. Founded in 1921, since the 80’s,it is the country's best-selling newspaper in average daily terms. It is Brazil’s paper with most national coverage, but still only 20% of its total circulation is outside the state of Sao Paulo being Sao Paulo’s leading and most influential newspaper.

Contact us today to place advertising with Folha de S.Paulo.