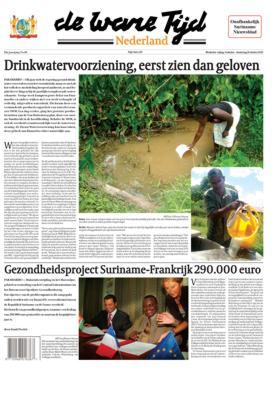 De Ware Tijd (The True Time) is one of four daily newspapers in Paramaribo, Suriname. As of 2002, it was the largest-circulation paper in the country, ahead of its rival, De West , and was described as taking a "staunchly independent stance" politically. It is published in the Dutch language, and privately owned. The newspaper publishes also an online edition.

Contact us today to place advertising with De Ware Tijd.