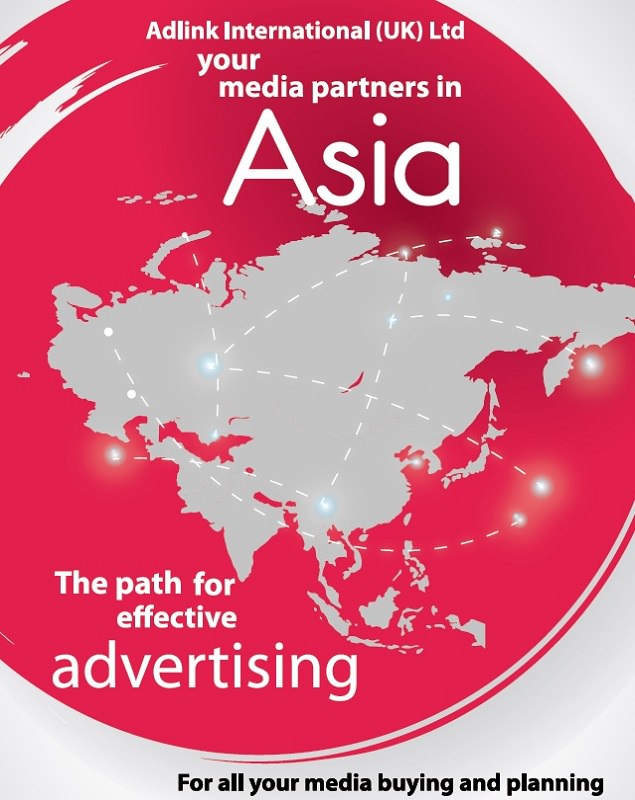 Asia has the second largest nominal GDP of all continents, after Europe, but has the largest when being measured in pure purchasing power. With the largest economies in Asia being, China, Japan, India, South Korea and Indonesia.

Adlink International (UK) Ltd has had years of experience developing exclusive contracts all over Asia with media houses, in an aim to provide a bespoke and world renowned service to our clients. Whether it is a large scale campaign reaching a large geographical area or a small targeted campaign reaching a select audience, we are sure we have the perfect media outlets for you.

Adlink International (UK) Ltd has recently signed an exclusive contract with the India Todays Group, which is India’s largest magazine publication house, with such titles as India Today, Business Today, Reader’s Digest and Men’s Health. Adlink International has also made many exclusive contracts with large circulating newspapers within India, such as the Malayala Manorama and The Hindu.